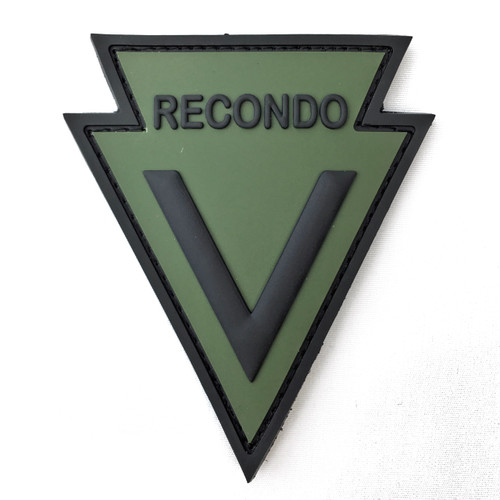 Developed by Gen. William Westmoreland, the purpose of the Recondo school was to offer the same tactics and fundamentals of traditional Ranger School, condensed into a three week course. Officially named the MACV Recondo School, the course was instructed by members of 5th Special Forces Group, taught in South Vietnam. With 260 hours of instruction during the first two weeks, the third and final week consisted of a live combat patrol through the jungles of Vietnam, widely known as the “You bet your life” phase.

Of over 5,600 students from the Army, Marines, and foreign militaries to attend the course, only 3,515 successfully graduated. The Recondo insignia, worn on the front right blouse pocket, represents an upside down arrowhead, symbolizing assault from the sky.